Gamer-focused entertainment brand, Arcade Cloud, has launched its ad-supported VOD channel on the Xumo platform in the US. 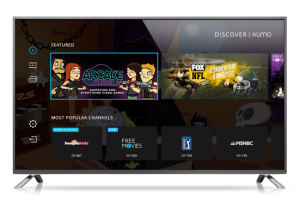 “The new Arcade Cloud channel on Xumo is a great addition to the service considering the passionate and ever-growing fan base around gaming content,” stated Anthony Layser, VP of content and programming at Xumo.

Blue Ant Media’s  SVP and general manager, Greg Kampanis, said: “As gaming content continues to dominate the online video market, it is more important than ever for Arcade Cloud’s compelling, original programming to be readily available on multiple platforms around the world.

“Smart TV services like Xumo are a critical part of the brand’s growth strategy as we react to changing media consumption habits and new technology launching every year.”