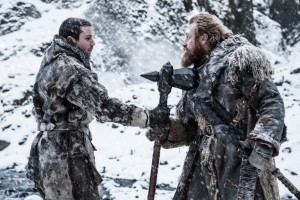 HBO has disappeared from US pay TV operator DISH Network’s platform after the pair failed to agree on carriage terms, leading the operator to claim that the move is evidence of AT&T’s power to harm competition in the wake of its merger with Time Warner.

The dispute marks the first time that the US premium programmer has gone dark on one of its main distributors in the company’s history.

HBO, Cinemax and other channels disappeared from view on the platform last night. HBO blamed what it described as DISH’s unreasonable terms for the disappearance of its channels. DISH has a history of taking carriage negotiation to the point where channels disappear from its platform temporarily, as occurred with CBS last year.

DISH, on the other hand, blamed HBO’s new owner AT&T, its direct competitor in distribution as the owner of DirecTV, for the move.

DISH said that AT&T was acting in an anti-competitive way and alleged that the telecom giant “seemingly intends to cut ties with competing distributors” and cited the dispute as evidence that critics of AT&T’s merger with Time Warner were right to warn of its anti-competitive threat.

The merger is currently subject to an appeal initiated by the US Department of Justice seeking to overturn an earlier court ruling greenlighting it.

“It seems AT&T is implementing a new strategy to shut off its recently acquired content from other distributors. This may be the first of many HBO blackouts for consumers across the country. AT&T no longer has incentive to come to an agreement on behalf of consumer choice; instead, it’s been given the power to grab more money or steal away customers.”

DISH said that AT&T’s move would prevent its primarily rural subscriber base, which often lacked high-quality broadband, from accessing HBO’s channels despite the latter’s availability as part of OTT service HBO Now. It alleged that AT&T’s motive was to force subscribers to sign up to DirecTV.