BT said it continued to generate positive momentum in the second quarter after reporting a 2% rise in adjusted EBITDA for its first half, thanks in part to restructuring-related cost savings. 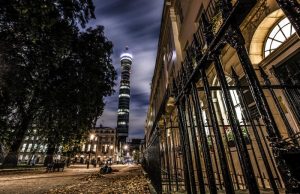 The UK operator said that based on current trading it also expects EBITDA for 2018/19 to be in the upper half of its £7.3-£7.4 billion range, news that helped its share price to rise by more than 10% in morning trading.

Outgoing CEO Gavin Patterson said: “We are successfully delivering against the core pillars of our strategy with improved customer experience metrics, accelerating ultrafast deployment and positive progress towards transforming our operating model.”

BT said its transformation programme is “on track” with roughly 2,000 jobs cut in the first half of its financial year, the largest proportion of which came from its Global Services division. BT said it will make overall annualised savings of £350m from the programme with an associated cost of £206m.

“In Consumer, we continue to see strong sales of our converged product, BT Plus, and have seen good mobile sales following new handset launches,” said Patterson. “Last month EE demonstrated 5G capability from a live site in Canary Wharf. We have maintained momentum in our enterprise businesses despite legacy product decline.”

On the TV front, BT announced yesterday that it has agreed a long-term extension to its content supply agreement with Sky. As part of the new deal Sky will become BT’s exclusive distribution partner in Ireland.

BT said that audience figures continue to grow across its TV and digital platforms. In sports, the UEFA Champions League group stages saw a 46% increase in viewing figures compared to the same matches last season, while BT’s current Premier League average audience is up 9% year-on-year.

The news comes after BT last week appointed the co-chief executive of payments services company Worldpay, Philip Jansen, as its next CEO. Jansen will be appointed to the BT board as an executive director on January 1, 2019 and will take over from Patterson, following a handover period, on February 1.