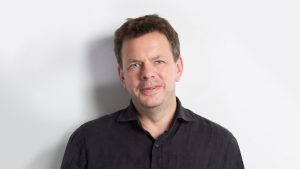 Baker will take over from Frouman, who is leaving ProSiebenSat.1 after 15 years, in February. Baker, who is currently chief operating officer of the German media outfit’s studio arm, will report direct to ProSiebenSat.1 CEO Max Conze.

Reza Izad, CEO of digital unit Studio71, will continue to lead the global multi-platform company and report directly to Conze. Baker and Izad will cooperate closely to further increase collaboration between Studio71 and Red Arrow’s production companies, and develop and scale the global digital video business, according to ProSiebenSat.1.

Werner Brandt, supervisory board chairman of ProSiebenSat.1, said: “I would like to thank Jan Frouman sincerely for his outstanding work during the last 15 years. He has built Red Arrow from scratch into a leading independent production group, and always advanced the company’s content production footprint with passion and dedication. We all wish him the best of luck in his new endeavours.”

Frouman said: “My time with ProSiebenSat.1 was a defining life experience. Professionally. Culturally. Socially. I have worked with talented colleagues around the world. My decision to leave wasn’t made lightly. But I’m simply ready for a new chapter. James has been a part of the success story since the early days. Red Arrow is in very good hands.”