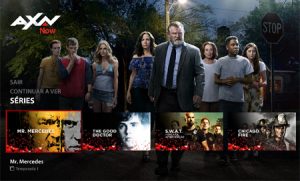 Altice-owned Portugal Telecom/Meo has launched a new channel dedicated to drama. Meo Series will kick off with an exclusive airing of the full series of AXN Now crime show Mr Mercedes.

The channel will offer a range of scripted content, including exclusive series and complete seasons of shows in 4K. Upcoming shows include The Good Doctor, SWAT: Força de Intervenção, Absentia, The Brave, Young Sheldon, The Bridge (Bron – A Ponte) and Chicago Fire.

Meo Series will be available to Meo ADSL and Meo Fibra customers for €5 a month, with access free of charge until the end of this year.

The launch of the channel follows a series of improvements to Meo TV service, including the launch of a new, more intuitive channel guide, extended automatic recording of channels and restart TV in HD.

The operator said that the launch of the new channel was in line with its legacy of innovation, including, this year, the launch of a portable WiFi box and the revamped UI.