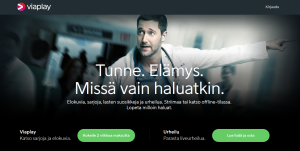 Viaplay in Finland is available via subscription or for free to Viasat subscribers and offers film and series and sports subscriptions. The new channels are available for €5 per month on top of the existing Viaplay subscription price, which starts at €29.99 for the Viaplay Sport offering.

“Viaplay TV is NENT in a nutshell – constantly innovating to deliver an even broader and better experience,” said Anders Jensen, NENT Group President and CEO.

“We were the first in the Nordic region to launch a full streaming service, then the first to add linear TV channels, and now we’re meeting viewers’ demands in Finland for an even more comprehensive service that seamlessly integrates streaming and channel offerings.”

The news comes after NENT announced earlier this month that Viaplay will be compatible with Google Home and Google Home Mini when the smart speakers launch across Scandinavia on October 24.