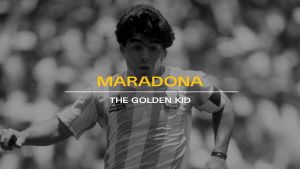 Big Name will offer documentaries about figures who have impacted society either socially, culturally, politically or environmentally, profiling people as diverse as Winston Churchill, Whitney Houston, Mikhail Gorbachev and Maradona.

It joins Alchimie’s growing selection of themed lifestyle OTT channels, which are available via subscription platforms and regional mobile operators.

Big Name is available initially on Vodafone and 02 in the UK; T-Mobile in Germany; and Orange, SFR and Bouygues Telecom in France. It can also be accessed globally on the Android and iOS platforms.

The new channel has launched with over 150 hours of English, German and French premium content, with more to be added as Alchimie continues its rollout.

“We all have a fascination with those in the public eye and those who leave their mark on the world, from Whitney Houston to Albert Einstein, from Charles de Gaulle to Michelle Obama, they have captured our imaginations and often our hearts,” said Nicolas d’Hueppe, Alchimie CEO.

“Big Name will bring new audiences a range of exceptional documentaries from our partners, giving our viewers deeper insight to the people behind the profiles. We will continue to add more content on a regular basis”.