More than 26,000 people aged between 18 and 25 were caught watching live TV or BBC iPlayer without a TV licence in the past year, according to new figures released by TV Licensing. 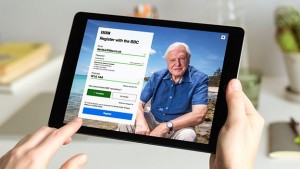 In a message targeted at undergraduate students, the licensing body warned that people caught watching live TV or BBC programmes on iPlayer, on any device, without a TV Licence could face prosecution and a fine of up to £1,000.

According to the rules, students living in halls of residence who watch live TV or BBC iPlayer programmes in their room need to be covered by a TV Licence. Students in shared houses also require their own licence if they use a TV or device in their room and have a separate tenancy agreement.

“Every year there are myths which circulate around campus about when you do and don’t need a licence,” said TV Licensing spokesperson, Jason Hill.

“As most students own at least one device capable of showing live TV or watching BBC iPlayer – such as a laptop, smartphone or tablet computer – it’s important they know the law around being correctly licensed. If you’re watching live TV on any device, including mobiles and tablets, or watch catch up programmes on BBC iPlayer, you need to be covered by a TV Licence.”

According to TV Licensing’s own research, just 27% of students take a TV to university – though this is up from 23% last year. Of those who access the iPlayer, 65% do so on a laptop and 28% watch on a smartphone.