Limelight: online viewing up but rebuffering still a problem

Consumers worldwide are watching more online video than ever, according to a new report from Limelight Networks. 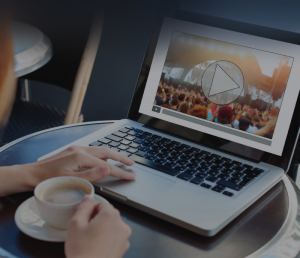 In State of Online Video, Limelight says total consumption has increased 58% since 2016, to an average of six hours, 45 minutes each week.

It says performance issues with online video, such as live event delays and video rebuffering, continue to turn viewers off, pushing them to rely on traditional broadcast viewing.

In the case of live sports, 60% of global consumers said they would be more likely to watch online if they were guaranteed not to experience viewing delays.

Additional insights include the observation that more than half (59%) of worldwide consumers subscribe to at least one VOD service.

Cable subscribers are supplementing (not replacing) traditional TV with online video, paying for an average of 1.2 streaming services, while non-cable subscribers pay for 0.7 service.

According to Limelight, millennials are leading the global shift to online video, with respondents aged 18-35 currently watching more online video than broadcast.

However, the market is price sensitive: more than half (55%) of worldwide consumers say price increases would be the primary reason for cancelling an SVOD service.

“As consumer adoption of online video has increased, patience for video interruptions is at an all-time low,” commented Michael Milligan, senior director at Limelight Networks.