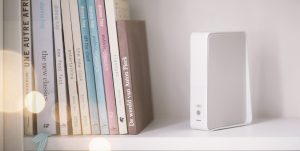 The operator launched a similar Gigabit broadband service in Bochum, Germany, in May and says it plans to introduce this offering in other markets in due course.

Customers in Warsaw can access the high-speed offering by using Liberty Global’s ‘Gigabit Connect Box’, which the company’s Technology and Innovation team developed in-house, and via the ‘Smart WiFi’ software that is contained in the box.

This uses more than 10 WiFi antennae in an adaptive way to manage the connection between Liberty Global’s fibre-based network and each of the connected devices in customers’ homes – including smart TVs, laptops, tablets, smartphones and gaming devices.

“The launch of ground-breaking Gigabit speeds in Poland is a tangible example of Liberty Global’s commitment to delivering transformational products and experiences to customers across our international footprint,” said Liberty Global’s chief technology officer, Enrique Rodriguez.

“It follows a multi-million Euro investment in the deployment of DOCSIS 3.1 technology, which was managed by our centralised Technology and Innovation team. We’re proud to be bringing Gigabit speeds to Poland and look forward to introducing these services to other Liberty Global markets in due course.”