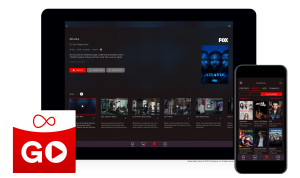 Users of the app will have the ability to download about 2,000 episodes of catch-up and on-demand box-sets from content providers including Fox, ABC and Comedy Central, as well as Virgin TV’s collection of exclusive box-sets such as Kingdom, Ash Vs Evil Dead, Magic City, Chaussee D’Amour, Good Behavior, Will and Imposters. .

The download feature will enable Virgin Media’s Full House and VIP customers to watch shows on the go, following the update to the app.

Customers can download shows over WiFi, 4G or 3G in the UK or countries in the EU. Any programme downloaded prior to leaving the UK or EU can be watched anywhere else in the world offline within 48 hours.

Download capability is also available for Virgin TV Kids app. Aimed at children aged three to seven, this enables users to download shows such as Peppa Pig and Paw Patrol, as well as books and games.

Both the Virgin TV Go and Virgin TV Kids apps are available for iOS and Android.

David Bouchier, Virgin Media’s chief digital entertainment officer, said: “Whether it’s bingeing on a box set on the beach or catching up on a comedy on a plane or train, our customers can download the best entertainment on the box direct to their phones or tablets with the Virgin TV Go app.”