Mediapro in talks with Telefónica for Champions League on BeIN Connect 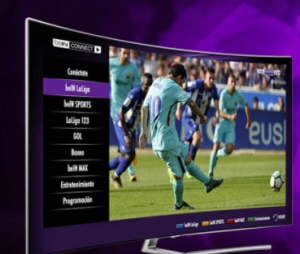 Spanish broadcaster Mediapro is in talks with Telefónica to secure the rights to transmit coverage of UEFA Champions League football on its BeIN Connect service, according to local reports.

Telefónica is to begin airing UEFA Champions League football on its Movistar+ service via the Movistar Liga de Campeones channel tomorrow, having secured the rights to the competition from Mediapro two months ago.

Mediapro is now trying to strike an agreement with the telco to secure the rights to transmit the championship on its internet TV platform, Mediapro chief Jaume Roures told the COPE radio network.

Mediapro’s goal is to distribute Champions League matches on the online platform from September. However, it is likely that Telefónica will retain the rights to the UEFA Super Cup match between Real Madrid and Altlético Madrid in Tallinn on August 15.

Mediapro sold the Spanish rights to the Champions League for the next three years to Telefónica in a €1.08 billion deal. Mediapro retained the rights to produce the matches and commercialise the rights to public venues such as bars and clubs.

According to business daily El Español, while a deal to transmit the tournament on BeIN Connect would not have a significant immediate impact on the battle for TV subscribers between telecom operators on its own, given the relatively low penetration of the online service, it could have an indirect impact by enabling Vodafone customers to view Champions League matches without switching to a rival service provider.