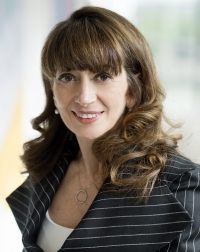 Affuso joins the regulator from PricewaterhouseCoopers, where she is a director in the economics group leading the competition economics team. She has advised on a number of high-profile competition policy matters, covering UK and international markets and including cases relevant to the sectors Ofcom regulates, according to the watchdog.

Prior to joining PwC, she consulted for organisations including the World Bank and European Bank of Reconstruction and Development, and worked as an academic at the University of Cambridge and London Business School.

She will take up her post on October 8, replacing current chief economist Peter Culham, who is retiring.

Affuso said: “I am very excited to be joining Ofcom. Communications markets are extremely important both for the performance of the economy, and in people’s everyday lives. I look forward to making a positive contribution to ensuring they work well for everyone.”

Sharon White, Ofcom CEO, said: “I am delighted to appoint Luisa. The Chief Economist plays an important role at Ofcom, helping to ensure our decisions are underpinned by expert economic analysis. Luisa brings a wealth of expertise and experience to the role, and we look forward to welcoming her to Ofcom. I would also like to thank Peter Culham for his significant contribution to Ofcom during his time here.”