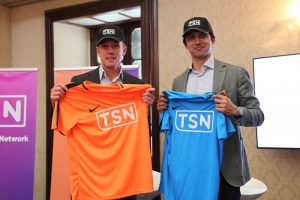 Total Sports Network (TSN) was launched at an event at Casino Maltese in Valetta on Friday, the service provides eight channels that are available via the networks of both operators.

The joint service, which was developed after a memorandum of understanding was signed by the two player in June, will provide content including the English Premier League, FA Cup, Italian Serie A, UEFA Champions League, UEFA Europa League, Spanish La Liga, German Bundesliga, and Malta’s own BOV Premier League to subscribers without them having to take out two separate subscriptions. TSN will also provide sports including Formula 1, Moto GP, Six Nations Rugby and Wimbledon tennis.

The Malta Communications Authority welcomed the news, having previously encouraged the two operators to collaborate in television sports to provide such a joint service.

Parliamentary Secretary for financial services, digital economy and innovation Silvio Schembri said that the government looked forward to “more cooperation hat will improve the service given to customers and help develop further the quality of entertainment on offer”.

Nikhil Patil, CEO of Go said, “This is a revolutionary step forward in bringing the absolute best sports TV content to local fans, not only in terms of the spread and quality of the content itself, but also in the way the key market players have come together in the common interest of the consumer.”

Harald Roesch, Melita CEO, said: “Today we are launching the richest TV sports package available in Europe. This will benefit everyone in Malta who loves watching top flight sports, and we are extremely proud to be able to offer such high quality sports to all our customers.”