Advertising technology outfit SpotX has named a new European management team following its merger with Smartclip and the departure of that company’s co-founders Jean-Pierre Fumagalli and Roland Schaber, who have decided to move on and pursue new opportunities. 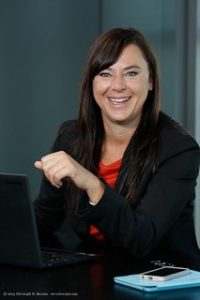 Schneider is promoted from general manager of Smartclip’s programmatic business to general manager of demand, Europe, overseeing all buy-side activities for SpotX.  The managing directors of SpotX and Smartclip in the Nordics, Jonas Rundgren, and Italy, Luca di Cesare, will report directly to him.

Siotis becomes general manager of supply, Europe, leading all supply in Europe, including SpotX’s ad server and programmatic infrastructure including header bidding technology, in addition to leading the teams in France and the UK. He was previously managing director UK and southern Europe.

Servatius, a member of the original Smartclip management board, retains his role as CTO.

Fumagalli and Schaber will remain on board as advisors and employees of the company until the end of 2018.