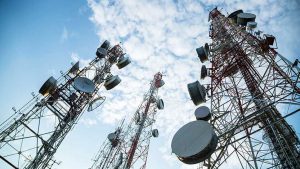 German broadcast and media technology research institute the IRT and Italian public broadcaster Rai are separately to showcase their work in the application of 5G mobile technology for broadcast at test sites in Munich and the Aosta Valley during the multi-sport European Championships taking place in Glasgow and Berlin from tomorrow until August 12.

Rai and IRT will show how 5G can be used for the distribution of public service media content and services, using mobile technologies deployed on a conventional terrestrial broadcast network infrastructure to support free-to-air delivery, wide-area coverage, and a cost-efficient distribution to mobile devices, according to public broadcaster organisation the EBU.

The IRT, in cooperation with German regional broadcaster BR and Nokia, has deployed an eMBMS single-frequency-network that provides coverage across the city of Munich. The network uses a combination of unicast and broadcast features within 5, to simultaneously deliver the live TV broadcast as an MPEG-2 transport stream and HbbTV-like services. According to the EBU, the same signal can be received free-to-air on stationary TV receivers as well as on smartphones. This trial was partly funded by the 5G-XCast EU research project .

Michael Hagemeyer, the IRT’s managing director, said: “IRT is happy to provide its eMBMS single-frequency network infrastructure for the European Championships showcase in Munich. The demonstration highlights the opportunities to seamlessly combine linear and non-linear content on stationary and mobile devices. The IRT is fully committed to developing future 5G technologies for broadcast purposes in production and distribution.”

Rai Research & Innovation, in cooperation with the Technische Universität Braunschweig, Germany, will demonstrate a standalone precursor of 5G broadcast technology deployed on high-power terrestrial broadcast infrastructure on RAI’s open test network in the Aosta, which allows up to five broadcast transmitters to operate in a single-frequency-network configuration. Live TV broadcast from the European Championships will be delivered to mobile devices in low and high mobility situations. UHD content will also be transmitted using the free-to-air second generation DVB terrestrial technology and shown on fixed TV sets, capable of displaying UHD with HFR and HDR, according to the EBU.

Alberto Morello, director of RAI Research & Innovation, said: “We are proud to be running these tests – the first of their kind – of 5G broadcast technology that we developed together with Braunschweig University. RAI is preparing the switch-over towards second generation DVB technology to deliver full-HD quality for all 13 terrestrial channels by 2022 – but we are also seriously investigating the potential of 5G technologies to serve mobile phones and tablets from high-power towers. ”

Darko Ratkaj, senior project manager at the EBU, said: “While 5G presents some exciting opportunities in the broadcasting space, both in production and distribution, there is quite some way to go. What is sure is that the EBU will continue to actively engage in developing, testing and trialling 5G technologies to maximise the potential of this technology for its Members.”

Separately, the EBU has teamed up with five of its members and other industry partners to hoot, process, record, and distribute live UHD content, with HFR, HDR and Next-Generation Audio at the European Athletics Championships in Berlin.

The trials – which involve broadcasters the BBC, France Télévisions, Rai and ZDF as well as the IRT – involve what the EBU claims to be the world’s first live distribution of UHD content with both HDR (HLG/BT.2100) and HFR (100fps, 2160p100). Current live broadcasts don’t exceed a field or frame rate of 50Hz in Europe, and HD interlaced (1080i25) is still the dominant broadcast emission format even though commercial encoders and TV sets manage up to 2160p50 resolution, according to the EBU.