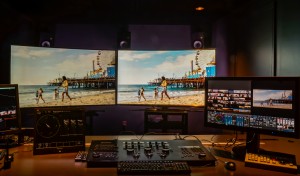 InterDigital paid Technicolor US$150 million in cash and under the terms of the deal Technicolor will receive 42.5% of future cash receipts, after operating expenses, from InterDigital’s patent licensing in the consumer electronics field.

There is no revenue sharing associated with licensing to the mobile industry, though InterDigital will also grant back to Technicolor a perpetual license for patents acquired in the transaction.

InterDigital has acquired approximately 18,000 patents across a range of technologies – including some 3,000 worldwide video coding patents and applications.

The portfolio will also be supplemented by a jointly-funded R&D collaboration, which will bring together the efforts of hundreds of engineers in InterDigital Labs and Technicolor Research and Innovation.

Members of Technicolor’s licensing, legal and other support teams in offices in France, New Jersey, and other locations join InterDigital’s team of more than 300 R&D and other staff in eleven locations around the world.

“During the months that have followed the initial announcement, we’ve had the opportunity to meet and appreciate the tremendous capabilities of Technicolor’s team and gain additional insight into the strength of the portfolio, which strengthens our licensing efforts in the mobile field while opening new markets for InterDigital,” said William Merritt, president and CEO of InterDigital.

“We’ve also been able to gauge the tremendous capabilities of Technicolor’s Research and Innovation team, and the alignment between their research initiatives and our own in the video field.”

Technicolor announced in March that it had agreed to sell its patent licensing business to InterDigital, in a deal that valued the business at US$475 million (€390 million).