BT announced a 1% rise in core earnings for the first quarter thanks to stronger handset margins in its consumer business and restructuring-related cost savings. 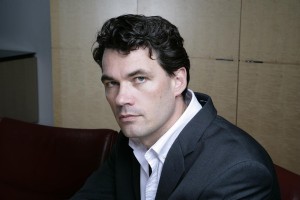 BT attributed the revenue decline to regulated price reductions in Openreach and declines in its enterprise businesses, which more than offset growth in its consumer business.

Core earnings were up despite higher investment in ‘customer experience’ and the cost of recruiting and training new engineers to support Openreach’s Fibre First programme.

In its consumer business, BT said revenue growth was driven by increased mix of high-end smartphones, growth in its SIM-only base and customers now paying for BT Sport – although it warned that sports rights and device costs are expected to increase later in the year.

In the three months ending June 30, BT launched its converged BT Plus offering, bringing fibre and 4G together to offer in and out of home connections. BT said this is showing “encouraging early signs” with more than 100,000 customers signing up for this in the quarter.

“We’ve made a good start to the year. We are making positive progress against our strategy,” said BT CEO Gavin Patterson.

“Our customer experience metrics continue to improve and we have seen the successful launch of new converged products including BT Plus, our first consumer converged offering and 4G Assure, for business customers.

“Initiatives to transform our operating model have seen a gross reduction in circa 900 roles across the group and improved cost performance.”

The results could be the last to be announced under the leadership of Patterson, who is due to step down later this year following recent poor results at the  company.

Announcing Patterson’s departure last month, BT said it expects to have a new CEO in place during the second half of the year with Patterson to continue in the role until a replacement has been found.

In May BT reported disappointing Q4 results, including a loss of 16,000 TV subscribers, and revealed a plan to cut costs by reducing its headcount by 13,000 people at a cost of £800 million.