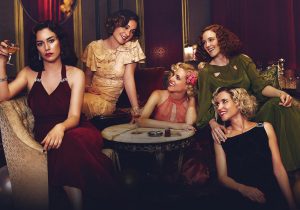 Netflix is establishing its first European production hub in Spain, after the streamer revealed that it would focus on originals in the region earlier this year.

The hub, located in Ciudad de la Tele (TV City) in Tres Cantors, Madrid, will be a central facility for Netflix’s growing slate of Spanish-language original content over the coming years.

The facility is 22,000m2 and Netflix will take occupancy of three 1,200m2 sound stages from September, with the option to occupy additional space as construction is completed.

It will be developed and managed by Grupo Secouya as part of a multi-year partnership with Netflix. Grupo Secouya will provide facility management and other services to Netflix, including being the exclusive production services partner for projects based at the Ciudad de la Tele campus.

The hub will be used for new and existing titles produced by Netflix, as well as series and films made by productions partners for Netflix. The streamer currently has over 13,000 cast, crew and extras working on 20 Netflix original productions across the country this year. 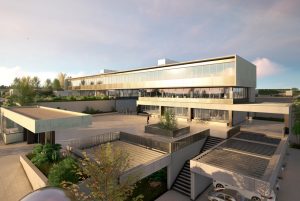 Netflix recently announced an overall deal with Álex Pina, the creator of the worldwide phenomenon La Casa de Papel (Money Heist), the most watched non-English language show on the platform.

Netflix is also investing significantly in licensed and co-produced titles created by Spanish broadcasters and producers. This includes a recent agreement for first-option access to drama series from Atresmedia, with Fariña and La Catedral del Mar among the upcoming titles launching on Netflix globally.

Erik Barmack, vice president of international originals at Netflix, said: “Spain has a rich heritage of innovative, immersive content creation and we are excited to strengthen our investment in the cultural heartland of Madrid. From San Sebastián to Santiago de Chile and Toronto to Tokyo, Spanish-language content is savoured by Netflix members across the world.

“The establishment of our first European production hub will create new opportunities for Spain’s incredible creative talent, as well as demonstrating our commitment to the production of original content throughout Europe.”

In April, Netflix pledged that it would spend US$1bn for production in Europe. Titles will include a new Julian Fellows football drama from the UK and further French, German and Italian originals.