YouTube viewers now watch over 180 million hours of the video service on TV screens each day, despite YouTube’s popularity on mobile devices, according to figures released by the company. 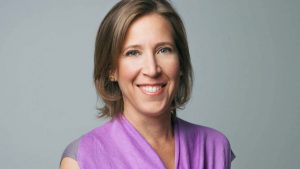 YouTube attracts 1.9 billion logged-in users to the service each month with the community continuing to grow, revealed YouTube CEO Susan Wojcicki in a blog post published to give a mid-year update to content creators.

One of YouTube’s five ‘key priorities’ for 2018 is transparency and communication and Wojcicki claimed that the service answered 600% more tweets through its official handles – @TeamYouTube, @YTCreators and @YouTube – in 2018 than in 2017 and grew its reach by 30% in the past few months.

She also said that YouTube continues to invest in YouTube Originals as one of a number of ways to help creators earn more revenue: “Some creators have seen as much as a 20% increase in channel viewership after their Original has launched.”

Other new revenue-earning features for creators include channel memberships, merch and the YouTube’s integration of branded content platform FameBit – a company that Google acquired in 2016.

“Over half of channels that used Famebit in the first three months of 2018 doubled their YouTube revenue,” said Wojcicki. “In the coming months, we’ll be launching a feature that will allow users to easily shop for products, apps or tickets directly from the creator watch page.”