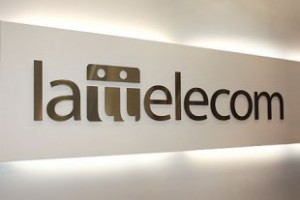 Latvian telecom operator Lattelecom has attributed a 9% uplift in turnover and a 6% increase in profit in the first half of the year to increased revenue from TV services as well as new business areas.

Lattelecom said it had increased its interactive TV customer base and highlighted the success of its Shortcut app, which showcased Latvian movies such as Billi and Zigfrīds Anna Meierovics, and a sports offering that encompassed the Winter Olympics – shown across five Eurosport HD channels – and the World Hockey Championship.

Lattelecom chairman Juris Gulbis said that the first half had seen a strengthening of the operator’s entertainment offering with the launch of new interactive TV offering Helio iTV, the creating of the Baltic eSports league and the HyperTown showcase of contemporary entertainment and technology. The period also saw the launch of Claara, described by Lattelecom as the Baltic States’ first online TV advertising and audience analytics tool.

Lattelecom posted H1 revenues of €98.7 million and a profit of €17.6 million. In addition to TV, revenue was also boosted by the operator’s Citrus Solutions projects and growth in new services.

Lattelecom, which is jointly owned by Telia and the Latvian state, launched Helio iTV in June. The service included multiscreen and mobile viewing, content recommendations based on user profiles and other features.

Helio iTV was initially launched for TV, smartphones and tablets, with plans to extend it to computers later.