The BBC’s ‘summer of Ultra HD stream trials,’ which resulted in 1.6 million iPlayer requests for live World Cup football and Wimbledon tennis, was hailed as a “great success” by the broadcaster – despite reported issues. 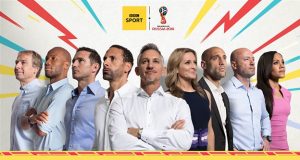 The BBC it successfully delivered all 29 BBC One World Cup games, and every Centre Court match at Wimbledon during the test period, which concluded last weekend.

“The trial is an important step forward, showing for the first time that Ultra HD and High Dynamic Range can be delivered live and ‘free-to-air’ over the internet,” said Phil Layton, head of broadcast and connected systems at BBC Research & Development in a company blog post.

While the BBC has run Ultra HD digital terrestrial trials before – for example at the 2014 Brazil World Cup – the focus of this summer’s trial was streaming Ultra HD over the web, offering more content at higher picture quality thanks to the addition of HDR and wider colour gamut.

“The final purpose of the trial was to show that BBC iPlayer can be used to deliver new formats,” said Layton. “We had shown previously we could deliver on-demand Ultra HD with Blue Planet II, and now we wanted to show that live Ultra HD was also possible using today’s infrastructure and TV sets.”

For the trial, the BBC brought together live Ultra HD production, the BT.2100 Ultra HD wide colour gamut, the Hybrid Log-Gamma HDR signal format and internet streaming at scale, which by its own admission caused “quite some problems to solve”.

“There’s no doubt this trial – with its combination of Ultra HD, wide colour gamut and HDR – produced some of the most spectacular live images the BBC has ever shown and, overall, people were delighted with the increase in quality,” said Layton. “But as we’d expect in a first-of-its-kind trial like this, there were reports of issues.”

The delay of Ultra HD compared to broadcast TV was acknowledged as a “real problem that needs solving for all streamed content”. The BBC is working with the DVB to look at low-latency streaming and new industry standards like Common Media Application Format.

Simmons said that the usual latency for online streaming is between 30 and 90 seconds depending on viewing device, adding: “For UHD we got latency down to between 45 seconds and a few minutes but it was very variable, again depending on the device.”

Other issues reported with the BBC’s live UHD trial was the lack of audio description and subtitles, which the BBC said it is working on. The corporation also had to use stereo, rather than 5.1 audio, due to what Layton termed as “issues with receivers”. Finally, some viewers also reported dullness of pictures and lack of colour.

Layton said that the UHD trial was part of the BBCs “mission to ensure that future audiences can enjoy the benefits of improved picture quality” and that viewer feedback will be used to determine its next steps.

“The trial has been extremely useful for moving live Ultra HD production and distribution forward,” he said. “We clearly have some issues to work on which is to be expected from a trial of this nature, but our overall summary is that the trial has been a great success. “

Earlier this year, the BBC’s chief technology and product officer, Matthew Postgate, predicted that “the days when all media will be distributed over the internet are not too far away,” and said that the question is “not when, but how we [the BBC] will make the transition to being an internet broadcaster”.