Sky’s over-the-top service Now TV has added the Hayu Pass to its range of contract-free, pick-and-mix passes in the UK. 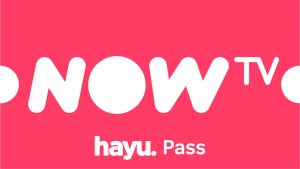 The £3.99 per-month pass gives subscribers access to Hayu’s catalogue of reality TV content and launches ahead of the season 15 premiere of Keeping Up with the Kardashians on August 6.

NBCUniversal-owned Hayu offers more than 6,000 episodes of reality content, with a focus on US series like The Real Housewives and Botched.

More than 200 series are featured on the SVOD service, the majority of which debut on the same day as their US launch.

“As a world-leading producer of reality content, NBCUniversal is delighted to be partnering with Now TV for the all-reality service, Hayu,” said Hendrik McDermott, senior vice-president, branded on-demand, NBCUniversal International.

Now TV managing director, Gidon Katz added: “If you’re serious about keeping up with the Kardashians and can’t wait for your next Real Housewives fix then the Hayu Pass on Now TV has you covered.”