DAZN expands into US with fight sports line-up

Live and on-demand sports streaming service DAZN is expanding into the US market, with plans to “transform the US fight sports landscape”. 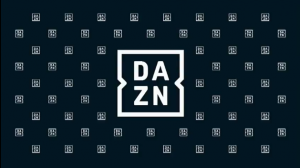 The US$9.99 per-month over-the-top sports service will go live in the US in September with a stacked line-up of 70-plus fights – more than one a week on average.

Its first fight night will be headlined by heavyweight world champion Anthony Joshua and Alexander Povetkin as the two battle for Joshua’s WBA, IBF and WBO titles at London’s Wembley Stadium on September 22.

The company said that fight sports will be “the first chapter” of DAZN’s multi-sport plans for the US. In its other markets DAZN has relationships in place with rights holders like the NFL, NBA, MLP, NHL, EPL and UEFA.

“We launched DAZN to disrupt the status quo and change the way the world sees sports,” said James Rushton, DAZN CEO. “When you get DAZN, you’ll get all the fights; we won’t stash our best matchups for pay-per-view, linear TV or a higher-tier package. And you’re going to get the entire card live, no matter the time zone and without constraints for one affordable price.”

Perform Group executive chairman, John Skipper, said: “DAZN is Perform Group’s most ambitious undertaking to date and we have big plans as a global streaming leader.

“In the last two years we’ve expanded into seven countries across three continents attracting millions of subscribers and creating long-term global partnerships with the best in the industry to bring our fans what they want at an affordable price.”

DAZN is available as a multisport service in markets including Germany, Austria, Switzerland, Japan, Canada and more recently Italy.