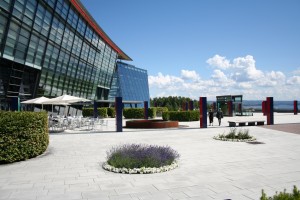 Canal Digital turned in revenues of NOK1.139 billion (€120 million) for the quarter, down from NOK1.154 billion for the same period last year. EBITDA for the unit was NOK194 million, down from NOK206 million.

Overall, Telenor Broadcast posted revenues of NOK1.516 billion, down from NOK1.547 billion, with satellite revenues holding steady but revenues from transmission services unit Norkring declining. EBITDA declined from NOK529 million to NOK510 million, or by 4%, with reduced revenues only partly being offset by lower customer service costs at Canal Digital, and reduced repair and maintenance costs at Norkring.

Internet and TV revenues from Telenor’s Norwegian fixed line operations amounted to NOK1.478 billion, up from NOK1.427 billion. The fixed-line unit added 2,000 TV customers in the quarter, despite losing subscribers for broadband, and fixed and mobile phone services. Fixed TV ARPU increased from NOK298 to NOK316.

Telenor overall posted revenues of NOK27.485 billion for the quarter, down from NOK28.332 billion, and EBITDA of NOK11.3 billion, down from NOK11.6 billion.