The BBC has announced two new virtual reality projects for the BBC VR Hub that will shine a light on the past by focusing on the suffragette movement and the Berlin Blitz. 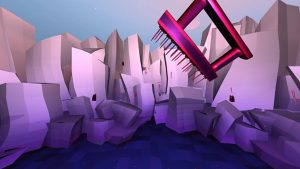 Make Noise is a VR experience inspired by the suffragettes that lets viewers follow Emmeline Pankhurst’s advice and ‘make more noise’ via a series of abstract worlds that represent the stages of their struggle.

Created by BBC VR Hub with creative collective Anagram, Make Noise uses original archive material from the suffragettes. Viewers will be prompted to hum, sing and shout along with actor Nikki Amuka-Bird, who narrates the experience.

The second new experience, 1943: Berlin Blitz, puts viewers in the shoes of BBC war correspondent Wynford Vaughan-Thomas as they retrace his journey on a Second World War bombing raid over Berlin.

Created by BBC Northern Ireland and Immersive VR Education, in partnership with the BBC VR Hub, 1943: Berlin Blitz celebrates the 100th anniversary of the RAF as well as the BBC’s journalistic endeavours.

“BBC VR Hub exists to excite audiences by creating the most enthralling experiences imaginable using the power of VR, and both of these do that, but in very different ways,” said Zillah Watson, head of BBC VR Hub.

“Make Noise uses voice technology in an innovative way to put you in the shoes of the suffragettes, encouraging you to follow their example and use your voice to change your world. It’s empowering, profound and yet playful, and a great example of why we should follow Emmeline Pankhurst’s advice and ‘make more noise’.

“1943: Berlin Blitz on the other hand uses VR to breathe new life into the BBC Archive, using an extraordinary piece of journalism to transport you to Berlin at the height of the Second World War. It really gives a sense of just how brave the RAF and the BBC’s war correspondents were back then, and providing new context for the threats our colleagues face today when reporting from dangerous situations.”

Both VR experiences are due to launch later this year.