Some 23% of UK internet users consumed TV programmes illegally in the past three months, according to new research commissioned by the UK Intellectual Property Office (IPO). 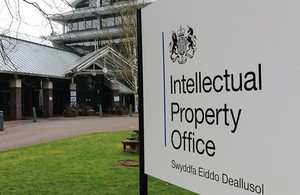 The online copyright infringement tracker – a consumer survey of digital behaviours and attitudes of people aged 12 years or older in the UK – found that TV programmes had the highest infringement level of any content type, up slightly from 22% last year.

Overall, the IPO estimated that 15% of UK internet users aged 12 and over – approximately 6.525 million people – consumed at least one item of online content illegally in the previous three months, in line with its findings in 2017 and 2016.

“The variety of legitimate services now available to consumers is extraordinary and our world-leading creative industries have made great strides in meeting the demands of viewers and fans, so there really is no excuse for the ongoing use of illegal services,” said minister for IP, Sam Gyimah.

“Today’s findings are a positive step forward in stamping out online copyright infringement, but we cannot afford to be complacent. We are committed to tackling piracy and helping this vibrant sector go from strength to strength through our Creative Industries Sector Deal, a major part of our modern Industrial Strategy.”

Nick Court, temporary detective chief inspector of the City of London Police’s Intellectual Property Crime Department (PIPCU) said: “It is encouraging to hear that consumers are favouring subscription streaming services and that illegal streaming is becoming less attractive, especially to the young.

“Digital piracy is a problem that has a number of risks associated with it, including enabling children to watch inappropriate content, and we continue to encourage people to use legitimate services in order to avoid falling victim to such risks.”

The UK government is taking a number of steps to tackle online copyright infringement, including: putting more than £7.5 million of funding into the Police Intellectual Property Crime Unit; jointly funding, with DCMS, the Creative Content UK campaign, ‘Get it Right from a Genuine Site’; and working with search engines and copyright owners to ensure that copyright infringing websites are removed from the front page of search results.

The survey was funded by the UK Intellectual Property Office and was conducted by Kantar Media between March and May 2018. The IPO is the official UK government body responsible for intellectual property rights including patents, designs, trademarks and copyright.