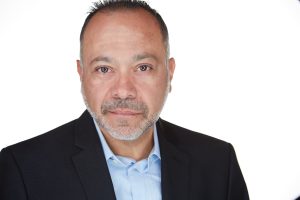 Rodriguez will join the cable giant – a key TiVo customer – as EVP and CTO later this month. TiVO has meanwhile named board member Raghu Rau as interim president and CEO.

Rodriguez will lead Liberty Global’s technology and innovation  team of more than 7,500 employees, with an annual operating and capital budget of more than US$5 billion.

Baptiest Coopmans, who has served as acting CTO since January when former long-serving technology chief Balan Nair was appointed CEO of the new Liberty Latin America, will remain with the company to ensure a seamless transition for Rodriguez and will assume the position of SVP, operations.

“Enrique is a seasoned executive who will hit the ground running on day one. In today’s technology environment the best CTOs have worked across sectors, platforms and geographies. Enrique has C-level experience as an engineer, software developer and operator. He has managed multi-billion dollar businesses for companies like AT&T, Microsoft, Cisco and Thomson, and has a long history in digital television as well as the European broadband sector,” said Mike Fries, CEO of Liberty Global.

“As head of Microsoft’s Connected TV business, he launched IPTV solutions for telecommunication companies around the world, including many of our competitors. More recently, at AT&T, he was responsible for the teams that developed and launched DirecTV’s successful OTT service, DirecTV Now. I’m particularly excited to tap into Enrique’s knowledge of video products and platforms as we ramp up innovation in our TV business. He’s the right leader at the right time for Liberty Global.”

TiVo said its board had begun a comprehensive search process to identify and evaluate internal and external candidates to serve as a permanent CEO, with the help of an executive search firm.

“On behalf of the Board, I want to thank Enrique for his leadership and we wish him the best in his next chapter,” said James Meyer, Chairman of TiVo’s Board of Directors.

“We are fortunate to have a world-class leadership team in place and are pleased to have someone of Raghu’s caliber step in to lead the Company. He has been a member of the TiVo Board of Directors since 2015 and is a proven leader with extensive experience in the video industry and in the management of intellectual property. I am confident that Raghu, alongside the rest of the leadership team, will continue to drive the value that TiVo’s innovative technology portfolio brings to the fast-growing and hyper-competitive entertainment industry.”

Rodriguez said that Liberty Global was “one of the few companies in our sector with international scale, a long-term commitment to technology leadership, and a track record of consistent growth and value creation”.

Of his time at TiVo, he said that his decision to move on “was not easy” and that he was “looking forward to continue my relationship with TiVo in my new role as a customer and partner”.

TiVo is in the midst of a strategic review involving independent financial and legal advisors, considering a range of options to “maximise shareholder value”. The company plans to make a statement when it publishes its Q2 results, with Rodriguez’s departure indicating that a decision has been made or is close to being made.