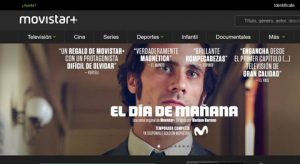 Over 10 million people watch Telefónica’s Movistar+ content each day, with over 20% of content now watched on catch-up. Some 80% of subscribers have adopted an à la carte option to consume content, with video-on-demand the preferred option, according to the Spanish telco.

Telefónica said that over 10 million individual users watch its content each day, according to data gathered from its installed base of set-top boxes in about four million homes, with an average daily consumption time of over 200 minutes.

About 20% of viewing including that of free-to-air digital-terrestrial TV channels is time-shifted, according to Telefónica. In the case of pay TV channels, the proportion rises to 30%.

Excluding sports channels, where live viewing is generally the preferred option, time-shifted viewing now accounts for over a third – 34% – of the total, rising to 60% in the case of the group’s self-owned non-sports channels.

Some 80% of viewers have made use of an à la carte mode of viewing, with almost six million using Telefónica’s own video-on-demand service.

Some 5.2 million viewers have used the option to view seven-day catch-up content or to pause live TV, according to the operator.

About 3.2 million users have made use of a device other than the TV set-top, such as a mobile phone, tablet, PC or smart TV to view content.

“Television has shown itself to be a generator of loyalty among customers, who appreciate a convergent, complete and differentiated service, in which Movistar+ plays an essential role. The proof of that is that we have a lower level of churn among customers that have a television subscription than among those who do not. And more and more customers with convergent packages are enjoying television, already touching 80%,” said Emilio Gayo, president of Telefónica España.