Viacom-owned UK free-to-air commercial broadcaster Channel 5 has signed four new content partnership deals for its streaming service, My5, bringing 1,500 additional hours to the platform over the next year. 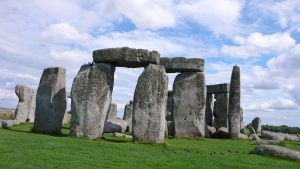 Content partnerships have been secured with PBS America, Together channel, Little Dot Studios and BET, whose programming will appear on the platform from this month.

Channel 5 struck a similar last year with A+E Networks UK for its Blaze channel. A+E Networks UK is now set to also extend its partnership with My5, increasing its content commitment.

The new content deals support Channel 5’s strategy of evolving My5 from a pure catch-up player to a broader platform, placing a wide range of third-party content brands alongside programming from across the Channel 5 portfolio. Content will span a breadth of genres, including history, scripted drama, reality, documentaries and comedy.

James Tatam, VP of commercial, digital and operations, Channel 5 said: “Viewers have come to expect a lot more from streaming services and this new slate of partners accelerates the development of My5 as we take it from player to platform. With a diverse range of high-quality content from our partners, and from across the Channel 5 portfolio, we know there’s something for everyone. We look forward to announcing further content partners in future.”

PBS America, the UK channel from American public broadcaster PBS, will broadcast a slate of documentaries on My5 including Secrets of the Manor House, Secrets of Stonehenge, Becoming the Beatles and The History Detectives. UK free-to-air channel Together, is set to deliver programmes including Mary’s Silver Service, David Attenborough’s Richmond Park and Great British Garden Revival.

The partnership with A+E Networks’ Blaze is being extended with a commitment from A+E Networks UK to increase its offering on My5, allowing viewers to continue enjoying content such as Swamp People, Pawn Stars, Forged in Fire and Billy the Exterminator. Blaze launched on My5 in September 2017 as a branded presence on My5.

My5 houses all of Channel 5’s most popular content, including Neighbours, The Yorkshire Vet, Make or Break?, GPs: Behind Closed Doors and Rich House, Poor House. The content line-up also includes content exclusive to My5 such as East Los High and Wonderland.