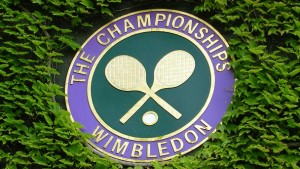 Liberty Global-owned Virgin Media has teamed up with Eurosport to provide coverage of this week’s Wimbledon tennis tournament in 4K UHD TV.

Virgin TV customers with a new V6 TV box will be able to watch both finals in ultra high-definition for the very first time. Customers can watch the men’s and women’s finals at no extra charge through the TV home page or for Full House subscribers by pressing the red button on the Eurosport 1 and Eurosport 2 HD.

Eurosport will be showing daily highlights from the All England Tennis Club for the duration of the tournament and will show all semi-finals and both finals live.

The move is the latest sport offering in 4K UHD for Virgin TV customers, following the broadcast of the Roland Garros tennis champions, also on Eurosport, as well as this year’s Champions League Final on BT Sport.

David Bouchier, chief digital entertainment officer at Virgin Media, said: “With ultrafast broadband speeds alongside our incredible V6 box, we are serving up an ace combination for our customers with Eurosport. Virgin TV customers can look forward to more top-quality 4K programming later this year.”

James Gibbons EVP, general manager of UK Ireland, Australia and New Zealand and head of commercial development for EMEA, Discovery, said: “Wimbledon is one of the great sporting events of the year, and we’re thrilled to have partnered with Virgin to offer customers both finals in Ultra HD 4K. As the number one sport destination in Europe we connect passionate fans with their favourite sports, and this tennis season Eurosport is the best place to enjoy the action.”

Eurosport will provide coverage of all courts on the Eurosport Player for the first time this year, compared with coverage of matches on 15 courts last year. The sports broadcaster will also present its flagship tennis show, Game Schett & Mats featuring tennis players Mats Wilander and Barbara Schett, live from Wimbledon for the first time.