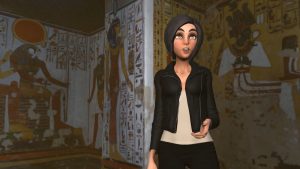 The company said it will use the cash to expand research and development, accelerate hiring and open a new office in Seattle as it continues to develop a global infrastructure for VR experiences.

“Virtual reality may be the first killer app for blockchain. It’s a global phenomenon that fundamentally requires a trustless consensus mechanism for currency, property and identity,” said Sam Englebardt, a founding partner of Galaxy Digital Ventures, who now joins the High Fidelity board.

High Fidelity has been developing a software platform for delivering social VR experiences, with participation from hundreds of open source developer contributors and thousands of alpha and beta users.

The company claims its work demonstrates the ability of VR to create a shared, open, interactive experience bringing people from around the world together to learn, work, exchange ideas, express their creativity and have fun.

“We will go to school, attend events, entertain each other, and build entirely new worlds together, all from within VR,” said Rosedale, High Fidelity’s CEO and founder.

“To reach this scale and to deliver safely on such a promise, VR must be decentralised, including deeply using blockchain technology. Galaxy Digital will guide us capably in adopting that technology and creating the right partnerships with the larger blockchain ecosystem.”