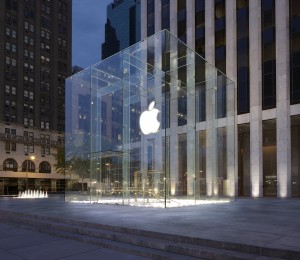 Apple is reportedly mulling a single subscription offering for original TV shows, music and magazine content as it gears up for the launch of a streaming service to take on the might of Netflix and Amazon.

According to The Information, citing unnamed sources, Apple plans to kick off with the launch of a digital news subscription service later this year, combining Apple News with the Texture magazine subscription service it acquired in March from Condé Nast, Hearst, Meredith, Rogers Media and KKR.

Texture currently offers a range of content from well-known magazine brands for US$9.99 a month.

Apple may then bundle the digital news subscription offering with Apple Music and its nascent video offering, according to The Information.

According to the report, it is not yet clear how Apple will fold its content investment into the new service, and it is possible that the consumer electronics giant may offer some content free to view to begin with and bundle it with other services subsequently.

Apple has committed to invest about US$1 billion in content for its streaming service this year. Its most recent high-profile signing was with Oprah Winfrey, with whom the company will create original programming for the service.

Last week, Apple ordered a 10-episode series of an English-language version of Canal+ series Calls, with will be co-produced by the French pay TV operator. Other plans include developing an animated series with Sesame Workshop, a version of Best-selling novel Shantaram and JJ Abrams musical comedy drama Little Voices.