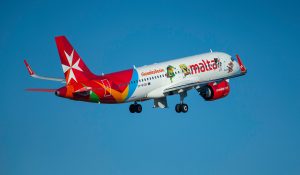 The concept was devised by Velocity International, the branded content, events and ad-agency of Viacom International Media Networks (VIMN) and is designed to drive visits to family-friendly attractions in Malta during the off-season by using the familiarity of Nickelodeon’s brand and characters.

Nickelodeon experiences and rewards, using characters like SpongeBob SquarePants and PAW Patrol, will be created at selected attractions on the island – including the National Aquarium and Esplora Science Centre.

The move builds on the success of the annual Isle of MTV Malta live music event, which Viacom claims has helped to position Malta as a youth travel destination.

“Malta has plenty of appeal: sun, sea and culture, which, through 11 years of Isle of MTV Malta we have successfully promoted to youth travellers, helping to increase the island’s youth tourism by 120%,” said Russell Samuel, vice president, creative and integrated marketing at Viacom Velocity International.

“Now it’s time to further unlock Malta’s value and tourism potential by leveraging our unique and unparalleled expertise and the influence of the Nickelodeon brand for kids and families.”

Malta’s minister for tourism, Konrad Mizzi, said that the government aims to develop events and entertainment for families and children: “This is an important tourism niche for Malta and we are committed to raising the bar. The Nickelodeon events and parade will also be enjoyed by Maltese children during the Easter holidays.”