YouView chief Halton to leave at end of year 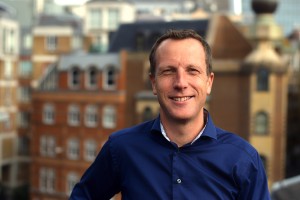 YouView chief executive Richard Halton is to stand down at the end of this year to pursue new opportunities.

The UK hybrid digital TV platform, which is jointly owned by BT, TalkTalk, the BBC, ITV, Channel 4, Channel 5 and Arqiva, said that Halton, who led YouView from launch, had decided the moment was right to step down.

YouView is currently in three million UK homes, mostly through its use by BT and TalkTalk to deliver TV services as part of a multiplay offering.

Halton was controller of business strategy at the BBC, where he led development of YouView predecessor Project Canvas, before becoming CEO of YouView when the company was formed in 2010.

YouView said that a search was already underway for a replacement.

Simon Duffy, chairman of YouView said: “YouView is now a world class technology platform which blends the best of the UK’s major broadcasters and communication companies with digital OTT services. Richard has been a major contributor to this success, marshalling a unique partnership between YouView’s seven shareholders – BT, TalkTalk, the BBC, ITV, Channel 4, Channel 5 and Arqiva. We wish him well in his future endeavors.”

Halton said: “It has been a fantastic 10 years at the helm of an extraordinary business – one that now shapes the way three million homes find and watch television. To have led YouView through such an exciting time in the TV industry has been a privilege and I would like to thank my team as well as our shareholders and partners for their unerring support, commitment and energy. After a decade I feel it is time to move on and explore new opportunities, knowing that I leave YouView well set for the future.”