Eurosport has unveiled plans for enhanced digital coverage of this year’s Wimbledon tennis championship, to which it holds exclusive and non-exclusive rights across a number of key markets. 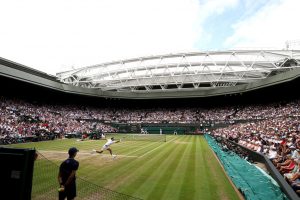 The Discovery-owned sport network will provide coverage of all courts on the Eurosport Player for the first time, compared with coverage of matches on 15 courts last year.

The channel will also air tennis from one court for the duration of the four-day qualifying event in Roehampton this week ahead of the Wimbledon Championships.

We’re thrilled to be able to give millions of fans across Europe the opportunity to watch every local hero compete in the best events on Eurosport. Thanks to the comprehensive coverage across our digital platforms – such as the Eurosport Player – fans can enjoy the ultimate Wimbledon experience on the platform of their choice,” said Emir Osmanbegovic, SVP sports content and production at Eurosport.
“We have forged a reputation for constantly pushing the boundaries when it comes to tennis production and with Mats Wilander and Barbara Schett analysing the tennis from London, Eurosport is the only place to enjoy the action.”