Purnell: BBC must ‘change faster’ to compete against global players

The BBC needs to “change faster” in order to reach more young people and compete against powerful online video and audio providers like Netflix and Spotify, according to James Purnell. 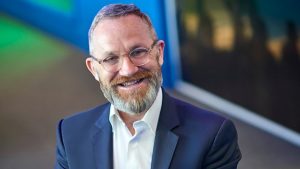 Speaking at the EBU’s ‘Truth and Power’ conference this week, the BBC’s director of radio and education said that the BBC’s goal is not to “manage decline,” outlining how the corporation can best adjust its online video and radio strategies.

On the video front, Purnell said the BBC is working hard to “reverse” a regulatory decision in 2007 to block Kangaroo, a project that would have seen the UK public service broadcasters band together to launch a joint online video service.

Pointing to BARB figures, he said that SVOD viewing was up by a third last year and is almost on a par with viewing time for BBC 1, adding: “We are well beyond the tipping point”.

“We saw this future coming. In 2007, the public service broadcasters came up with a plan to combine our video-on-demand players,” said Purnell.

“It was christened Kangaroo, presumably because it would leap into the future. But the Competition Commission turned the project down, and Netflix was able to aggregate content from all the British broadcasters. The rest is history.”

“The BBC is working hard to reverse that position, modernising the iPlayer, personalising it, improving recommendations, introducing more box sets.”

Alongside this, the BBC has started to implement a policy of partnering with other British institutions and opening up its technology for others to use.

The iPlayer now hosts content from Welsh-language broadcaster S4C and the Royal Shakespeare Company (RSC), and BBC Ideas is starting to show its first content from on outside source, the Open University.

The BBC has also shared its live-streaming technology with the Manchester International Festival and sports bodies like British Swimming.

“We are collaborating with other British companies to compete with the global platforms,” said Purnell. “We want to be part of a competitive ecology, with many British providers.

“We help guarantee choice, making sure the British audio, news and video markets don’t become a ‘uninet’, dominated by a single provider.”

On the radio front, Purnell said that the BBC’s regulatory obligations to meet quotas for hours of genres broadcast on its radio networks should be scrapped in favour of impact-based regulation. By simply focusing on which audiences it reaches, the BBC will have more room to experiment, he argued.

“Although Spotify and Apple are growing, so is radio. That shouldn’t make us complacent. We know from our recent past that responses that seem radical at the time can fall a long way short of what is needed in the end.

“This is an opportunity to do our job better, to fulfil our public purposes better, to serve audiences better and to find new creative opportunities.”