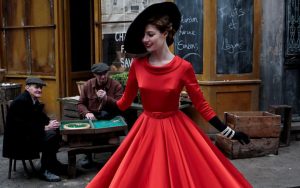 Epic Drama launched in December 2017 and now has more than 60 CEE operators carrying the PayTV channel and related SVOD offering on their platforms. Benjamin Groocock, acting VP commercial affairs at Viasat World, commented: “With its expertly curated programming, Epic Drama has already been a huge success in Poland, Romania and Hungary. Our long-standing relationship with UPC is set to flourish further still with Epic Drama joining our other channels on the UPC platforms. With more fantastic content deals in the pipeline, we are confident that audiences will continue to be blown away by the top-quality programming they find at their fingertips.”

New period drama series that will be available to subscribers in June include Line of Separation. Spanning nearly a decade, from the end of the war to the building of the Wall, this story tells of the fate of Tannbach, a town stuck between democracy and communism. In July viewers can watch French fashion house drama The Collection (pictured) and X Company, set in the dangerous world of WWII espionage.