Vevo phasing out own platform in favour of YouTube 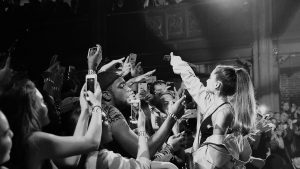 Music streaming service Vevo is to phase out its owned and operated platforms in favour of focusing on YouTube.

The streaming outfit said that would focus on distributing its catalogue of music videos and original content to reach its growing audience of YouTube and would explore ways to work other platforms to further expand its access to content.

The company said it would continue to be the primary seller of Vevo-specific advertising across all distribution platforms, including sponsorship of video premieres.

The company said it would continue to invest in original content, including its flagship dscvr and LIFT emerging artist programmes, and added that it planned to launch new formats soon.

Vevo has seen a number of senior departures in recent months, including CEO Erik Huggers stepping down to “pursue new opportunities” in December, which was followed by the exit of head of product Mark Hall and, most recently, that of chief technical officer Alex Nunes.

The phasing out of non-YouTube platforms marks a further watershed for the company, which was set up by music industry players as part of an attempt to build their own streaming hub. However, music labels have continued to distribute their videos on YouTube rather than attempt to create an exclusive, rival platform.

In January, YouTube consolidated subscribers to Vevo’s channels under single subscriptions for each artist under the YouTube Official Artists Channels, effectively downgrading the Vevo brand.

YouTube parent Alphabet holds a minority stake in Vevo, which is majority-owned by Universal Music Group and Sony Music Entertainment.