Filmstruck launches in France and Spain 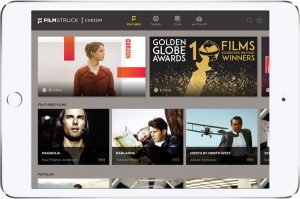 The European expansion follows Filmstruck’s February launch in the UK in association with cinema brand Curzon. This was the first international rollout for the SVOD service, which initially launched in the US in 2016.

Targeted at movie lovers, Filmstruck’s offering draws on the on the Warner Bros. library and the Criterion Collection library and will be localised to its new markets via partnerships with French content partners Carlotta Films, MK2, RKO and StudioCanal and Spanish content providers Wanda, Caramel and A Contracorriente Films.

“Rolling FilmStruck out to these additional markets is a significant next step for us,” said Aksel van der Wal, executive vice president, DV&I, Turner International.

“France and Spain both have a rich heritage in and love for movies, as well as being rapidly developing SVOD markets, which makes them both exciting markets to tap into with what we believe is a fresh and differentiated offering working with fantastic content partners.”

The French and Spanish expansion comes after Turner International DV&I and WBDN in March appointed the British Film Institute’s head of digital products and distribution, Kerensa Samanidis, to the new role of general manager for Filmstruck International.

Samanidis is responsible for the overall development, management and operations of Filmstruck in the UK and additional markets, overseeing programming, product, branding, marketing, subscriber acquisition and retention, and community management.

Turner International DV&I and WBDN first announced plans to roll out Filmstruck internationally in January, starting with the UK.