ESPN Caribbean has struck a new five-year deal with the England and Wales Cricket Board (ECB) for exclusive rights to cricket from 2018 to 2022. 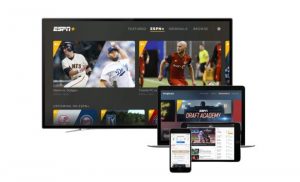 ESPN will air live coverage in the Caribbean of all international and domestic cricket played in England and Wales over the next five years. Coverage begins on May 24 with the first of two England men’s Tests against Pakistan, and later this summer a visit from Australia for five one-day internationals and a T20 match, followed by a tour by India for five Test matches, three on-day internationals, and three T20s.

ESPN has also acquired rights to coverage of the England women’s team and men’s county cricket including a new eight-team domestic competition set to start in 2020.

All five days of the current Pakistan Test at Lord’s Cricket Ground in London are airing live on ESPN2 Caribbean and streaming live on ESPN Play, ESPN’s multiscreen live and on-demand broadband service.  ESPN Caribbean will also televise the May 31 benefit match between the West Indies and the ICC World XI at Lord’s to help rebuild Caribbean cricket grounds damaged by the 2017 hurricanes.

Scott McGlone, ESPN International’s director of programming, said: “We are pleased to announce our first ever agreement with ECB in the Caribbean.  ESPN is committed to bringing the very best cricket action to fans in the West Indies and what better way to demonstrate this than our alliance with the ECB, which represents both the storied history of the game and its bright future of growth across all formats.  This agreement reinforces our commitment to providing fans in the region with high quality and locally relevant programming.”

ECB’s chief commercial officer Sanjay Patel said: “Today’s announcement is good news for Caribbean cricket fans. It means they can enjoy all the action from our domestic and international playing programme across a variety of different platforms – and will help give our national men’s and women’s teams, and our county teams an even greater global profile.”