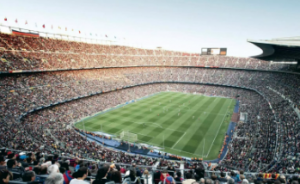 M7 has struck an agreement with Dutch public broadcaster NPO/NOS to air matches from the competition, which takes place in Russia from June 14 until July 15, in 4K UHD.

The World Cup matches will be delivered live in native UHD to all of M7 Group’s Canal Digitaal subscribers via a dedicated channel called NPO UHD, set up specially for the event. For the duration of the World Cup, NPO UHD will be broadcast via a dedicated transponder at the SES Astra satellite position at 23.5° East.

NPO and NOS see the transmission of matches from the tournament in UHD as an opportunity to better understand the requirements to boost the uptake of this new TV technology in Dutch homes.

To watch the event in the UHD format, Canal Digitaal subscribers simply need to insert a suitable CI+ module with a smartcard into a UHD TV set with a built-in satellite tuner.

M7 Group has tapped Harmonic to provide encoding for its transmissions.

“We are very happy to join this unique experiment of NPO/NOS and quite pleased with the support provided by SES and Harmonic to enable high quality UHD transmissions via the orbital position of Astra 23.5 degrees East. This is also a great opportunity to showcase the unrivalled quality of satellite as a carrier for UHD live broadcasting and we trust our Canal Digitaal subscribers will appreciate this chance to watch the World Cup matches in such superb picture and sound quality,” said Bill Wijdeveld, VP of business development at M7 Group.

“Thanks to M7, Dutch soccer fans will be able to follow each match and cheer on their favourite players in crystal clear picture quality, and we are very proud to enable the delivery of such an immersive viewing experience. Sports events have always been great strikers for new technologies, and this UHD broadcast of the FIFA World Cup perfectly illustrates that trend,” said Ferdinand Kayser, CEO of SES Video.