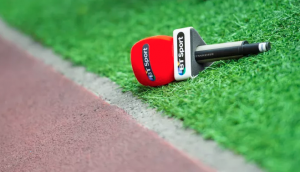 BT Sport is to air this year’s UEFA Champions League football tournament final in 4K Ultra HD for the first time as part of a trial of 4K UHD TV on Virgin Media’s platform.

BT Sport’s coverage of the match between Liverpool and Real Madrid in Kyiv, Ukraine this Saturday will be the first time live football has been broadcast in 4K UHD on Virgin TV and will be available in a variety of ways to Virgin TV customers.

Subscribers to Virgin TV’s Full House offering with a new V6 box will be able to atch the game on BT Sport 2 HD on channel 528 and will be presented with the option of watching in UHD on both BT Sport 1 HD and BT Sport 2 HD by pressing the red button on their remote.

David Bouchier, chief digital entertainment officer at Virgin Media, said: “The UEFA Champions League final is the biggest night of the year in international club football and we know our customers will relish the opportunity to get as close as possible to the action by watching in Ultra HD.  Showing this game in Ultra HD is another example of our fantastic sports offering and look out for more exciting announcements to come in the near future.”

BT is separately making the Champions League final available in 4K UHD free of charge on its YouTube channel, the BT Sport app and btsport.com as well as for its TV subscribers on BT Sport 2 and the BT Sport 4K UHD channel.