Hulu is updating the mobile and web versions of its service, introducing new features designed to make it easier for users to access programmes and control their recommendations. 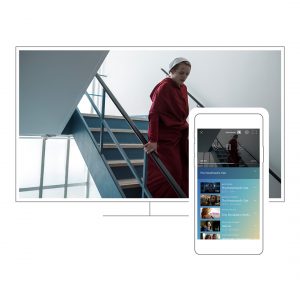 The updates include a new dedicated live TV destination that will take viewers back to the live channel they watched most recently. Mobile users will also get a dynamic live TV guide that shows them what’s on now, what’s coming up in the next 24-hours and lets them to switch channels.

Hulu is also adding HDMI support to iOS and introducing a new portrait player that lets users control Chromecast playback and channel-surf in the same place.

“We know your mobile phone is the most personal device you own. It goes with you virtually everywhere you go and we know it’s how you watch TV when you’re away from your big screen,” said Hulu vice-president of product, Richard Irving.

“In fact, we’ve seen that Hulu viewers are taking their TV with them more often these days: Our viewers are watching 84% more hours of programming a month on their phones compared to last year. We also know that your laptop is the other screen that travels with you when you’re on-the-go.”

The updates are due to start rolling out in the US to Android and iOS devices next week.