Portuguese pay TV operator NOS turned in modest Q1 results, with flat year-on-year revenue growth and a modest increase in EBITDA driven by increases in mobile and broadband sales and growth in its converged customer base. 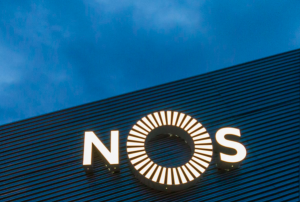 On the downside the operator’s overall TV base declined slightly, with growth in fixed network TV customers failing to offset a decline in DTH subscribers.

NOS said the increase in its fixed pay TV base of 2,800 was a solid performance given the lack of relevant network expansion in the quarter, which had been a driver of growth in previous years. It said that pay TV churn had reduced following market wide regulatory remedies imposed last June over the ways operators communicated price increases.

Almost half of NOS’s customers now take fixed and mobile convergent bundles. The convergent base increased by 6% to 739,600, or 49% of the company’s fixed base.

Residential ARPU stood at €44.30, higher than in Q4 but down year-on-year thanks to the fact that NOS has not implement an across-the-board price increase this year.

NOS said it had now completed the upgrade of its fixed network to DOCSIS 3.1, enabling the provision of 1Gbps download speeds across its footprint.