BBC predicts all-IP future, says it will evolve into an internet broadcaster

The BBC’s technology chief has predicted that all media will be delivered over the web in the not too distant future and called on the UK industry to come together as we move into this IP era. 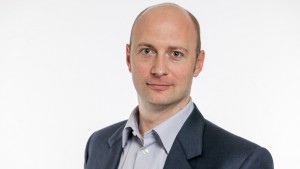 Speaking at the DTG Summit in London yesterday, the BBC’s chief technology and product officer, Matthew Postgate, said that the BBC’s current 11-year charter period will be “one of transition” and said that change is already underway.

While the BBC will continue to cater for both people who watch and listen to traditional linear channels and those who use the web as their premium consumption method, Postgate said that the question is “not when, but how we will make the transition to being an internet broadcaster”.

“We believe that the days when all media will be distributed over the internet are not too far away and there are many reasons we are optimistic about this next phase of our industry,” said Postgate.

“The impact of on-demand is already apparent. That is only the beginning. TV is going to evolve into something more immersive, more pervasive, more interactive and more personalised. We already see the beginning of this shift.”

“For the BBC the question about our IP future becomes not just when, but also how. Not only about how quickly we can get there, but how best and under what conditions.”

The BBC’s technology chief said that for the web to be an effective distribution network it needs to not only be robust, but also universally available to everyone in the country, without exception.

Postgate said that fixed and wireless networks would struggle with the live output that the BBC’s broadcast networks deliver every day – especially on a weekend of big events like the Royal Wedding and the FA Cup Final.

However, he predicted the problem of data caps and buffering will disappear over time and said: “crucially we will find editorial ways around the bottlenecks, which is something that people often forget”.

Turning to the increasing dominance of US giants like Netflix and Amazon, Postgate suggested that “the UK comes together to help secure the IP future that I believe this country deserves.”

Despite the potential that lies in an online-based future, he questioned whether the UK is moving quickly enough and doing enough collectively to respond to the “small number of US or Asian giants with extraordinary creative, financial and technological firepower”.

“The BBC cannot consolidate like most other media players, but we can partner at scale and across all the different activities that it will take to build the IP future that I’ve described,” said Postgate.

“I believe the creative ecology that we have created in this country can prosper in an IP future, but only if we join forces in new ways with even more ambition.

“The story is unfolding as we speak and it’s a story that is being written on a grand scale and at high speed. It is time for us to write our next chapter together and not let someone else write it for us.”