Interactive television platforms in Europe are well-placed to survive the imposition of the General Data Protection Regulation (GDPR) because it is a relatively trusted medium, according to BT Sport director of mobile strategy Matt Stagg. 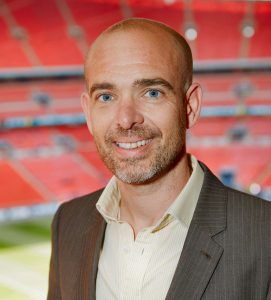 Speaking on a panel on personalisation of TV services at the TV Connect event in London yesterday, Stagg said people trusted TV providers to handle personal data “a lot more than they do other mediums”.

“In the UK , this is in part due to [trust in] public broadcasting,” he said. Stagg said he expected TV platforms to “secure the highest amount of engagement post-GDPR”.

“People will know they are giving up their viewing habits [to platforms], which is a defined limit to sharing data,” he said. The ability of viewers to benefit from this in the form of better personalization, including recommendations and the ability to pick up viewing shows from where they left off, would provide an incentive, he said.

Also speaking on the personalisation panel session, Dan Stephenson, head of Sky AdSmart, the pay TV operator’s targeted advertising arm, said that surviving GDPR “was about showing the benefits of sharing data to consumers” and emphasized that Sky viewers had always been able to “opt out” of AdSmart.

AdSmart typically offers advertisers the ability to target not to individuals but to groups of about 5,000 homes and above. Sky also operates a panel of about three and a half million homes from which it extracts viewing data.

Also speaking on the panel, Aneesh Rajaram, CEO of technology outfit Vewd, which provides the technology behind a large proportion of smart TVs, said that “it is not yet clear how many users would opt in to share data on smart TVs”. He said he expected that a significant number would opt out of doing so initially, but would “opt back in” as “the benefits start to become more clear”.

The GDPR is set to become enforceable within the EU from May 25. The regulation requires that consumers give explicit consent when data is collected and for the purposes for which it is collected. Companies that infringe the rules can be liable for fines of up to €20 million or 4% of annual turnover, whichever is greater.