Oculus Research, the division of the Facebook-owned company that is focused on creating “the future of personal and shared reality”, has rebranded to Facebook Reality Labs (FRL). 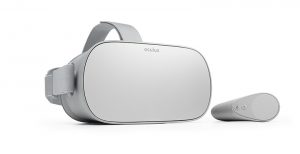 Announcing the name change in a post on Facebook, Oculus chief scientist Michael Abrash said that “while our name is new, our focus on the future hasn’t changed”.

He also said that Facebook’s “growing investment” in FRL will allow it to “push the boundaries of what it takes to build great experiences further and faster”.

“We are helping Oculus and all of Facebook create trailblazing AR and VR experiences, from what’s most affordable to leading edge.”

Abrash described personal computers and their descendants as “the first great wave of human computing” and claimed that augmented and virtual reality will be the second – “revolutionising the way billions of people work, play, and interact even more powerfully than the personal computer or the smartphone”.

FRL is made up of researchers and engineers that span a range of expertise, including optics, haptics, audio, graphics, displays, animation, machine learning and optimisation, and software and hardware engineering.

The news comes a week after Oculus released its new standalone VR headset, Oculus Go, in 23 countries with a starting price of US$199 for the 32Gb version of the device.

Oculus claimed that the standalone form factor and attractive price point “promises to radically change the game for consumer VR”.

The launch was announced at Facebook’s F8 conference, where the company also unveiled Oculus TV – a virtual screening room for apps like Hulu, Showtime, Red Bull TV and the Facebook Video app. Oculus TV is due to go live later this month.