The BBC reported its “best March ever” for the iPlayer, with viewing figures helping the catch-up service to reach its third-best month on record. 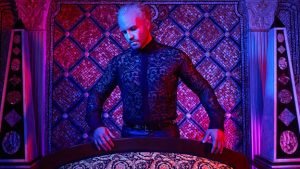 The Assassination of Gianni Versace

Commenting on the stats, Dan McGolpin, controller of programming and daytime for the BBC, said that Q1 2018 was the BBC’s “strongest first quarter ever” for the iPlayer.

Drama was the big draw in March with 19 of the top 20 most popular iPlayer episodes fitting this genre.

“Drama continues to have an extraordinary year on BBC iPlayer,” said McGolphin. “Building on a brilliant January and February, this month drama fans were treated to captivating US drama like The Assassination of Gianni Versace as well as world-class British programmes like Collateral, Strike and the ever-brilliant Call the Midwife.”

Episode one of The Assassination of Gianni Versace was the most-watched programme of the month with 1.62 million requests, while episodes of Collateral, Eastenders and Strike: Career of Evil made up the rest of the top-five most-requested shows.

Overall, 315 million programmes were viewed in March, up 15% on the same month last year, with 10.2 million daily requests.

The BBC said that March 2018 sits just behind January 2018 and December 2017 as one of the best BBC iPlayer has ever seen. According to company stats the iPlayer had 328 million programme requests in January and 327 million in December.