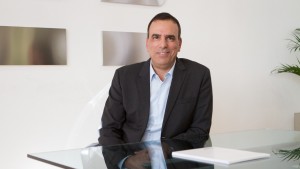 Telecom Italia has contested a headline in the Sunday Telegraph that implied interim chief executive Amos Genish would quit if hedge fund Elliott Advisors wins its battle with Vivendi for control of the strategic direction of the telco.

Telecom Italia characterised the headline – “Telecom Italia boss ‘ready to quite’ over activist” – rather than the substance of the article, arguing that it did not reflect the exchange between Genish and the paper

The text of the Sunday Telegraph’s article quoted Genish as saying that his position would be “untenable” if Elliott secured victory in the vote, which is scheduled to take place this Friday.

Elliott has previously said it would like Genish to stay on as CEO, but has proposed tearing up much of the strategy he has championed and has recommended a sale of its infrastructure arm.

Genish won the support of the vast majority of shareholders at a vote last week that confirmed him as general manager of the organisation ahead of the shareholders’ meeting this week.

Telecom Italia pointed out that, technically, Genish had not been confirmed as CEO by last week’s meeting. It said his role was ‘general manager’ and that it would up to the new board to name the CEO, following the May 4 meeting.

The confirmation of Genish’s appointment last week as seen as a partial victory for Vivendi. However, the same meeting confirmed Roberto Caponi as chairman of the board of statutory auditors, which was previously responsible for pushing Elliott’s attempt to secure the revocation of Vivendi-nominated directors and their replacement by its own slate.